(June anniversary party funds being calculated and added in September)

Phase One of the Playground Development is underway!

Thank you to the PTAF for supporting the school playground appeal by facilitating an online fundraising platform. You can donate and fundraise for our appeal online here.

Anonymous Donor matches the PTAF £5,000 pledge with another £5,000 in support of our appeal and specific recognition of the PTAF's hard fundraising and school support all round. Huge thanks to our anonymous donor. March 2018

Want to make a direct donation?

The children in Years 2 to 6 need a playground upgrade to improve their outdoor learning opportunities. They have been dreaming of a new playground since 2015, promised improvements to match the fantastic new play area at Elmgrove.

Full of ideas but with no ready money to make them happen, the school community has pulled together to launch a £70K for 70 Years anniversary playground appeal to help make their playground dreams come true. 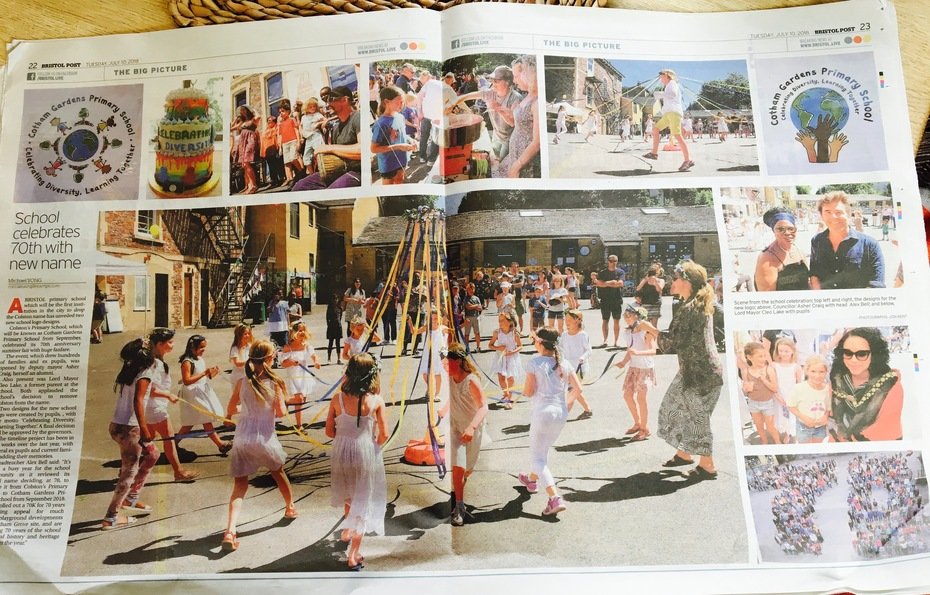 Touchwood Play are contracted for Phase One of the Playground Development. 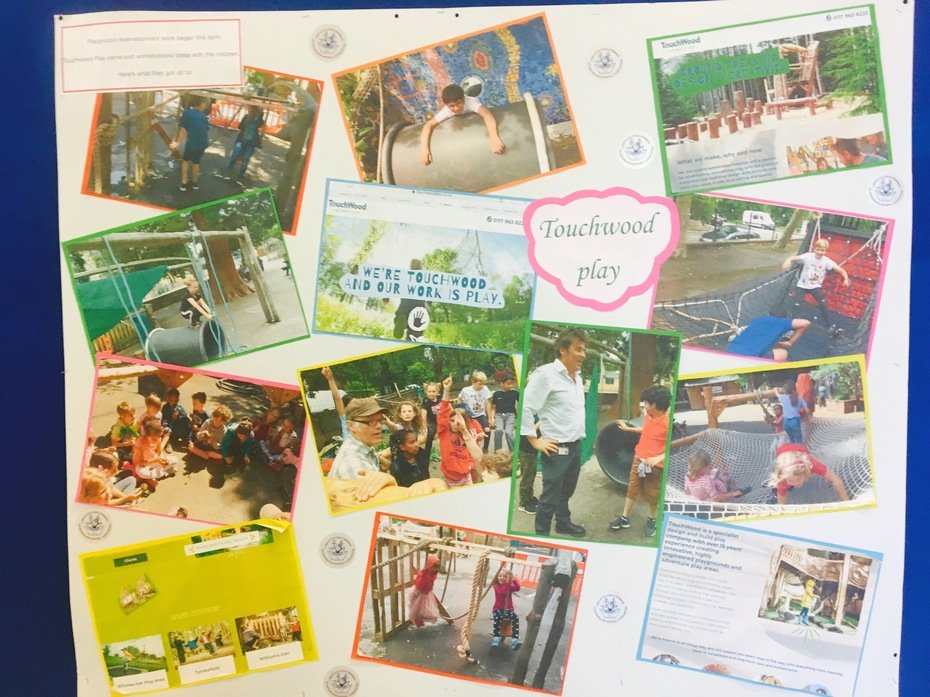 The school community rose to a match fund challenge raising more than the £5K target set during Jan to Easter 2018. The Match Funder generously doubled the whole £7,425 raised by our community which came to £9,281 with gift aid

School ringfenced £3K out of their budget

Thank you to all donors, fundraisers and supporters of all kinds!

Find out how to make a direct donation here 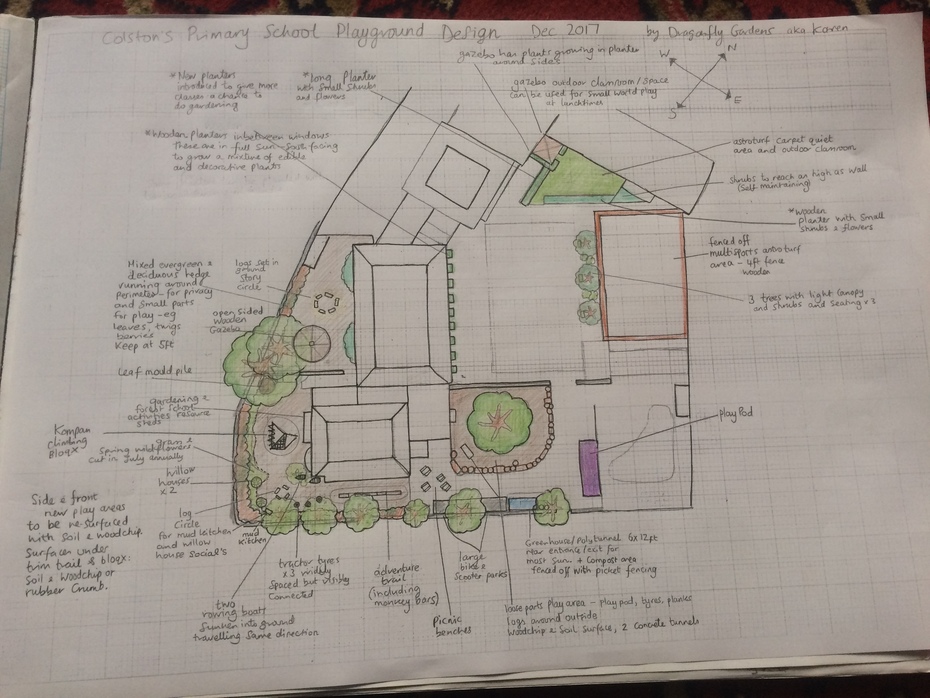 Drawing on ideas from our community consultation the plans include:

Find out how to make a direct donation here

This was a fantastic celebratory event put on by our whole community. It raised nearly £4,000 for school. The percentage of funds that will be donated to the playground appeal will be decided in September.

Forum reps had a successful visit to City Hall on Tuesday 19th June. They hosted a cake sale and pop-up exhibition of our anniversary heritage project.

The children were fantastic ambassadors for the school, met and impressed the Mayor, Lord Mayor and Cabinet Member for Skills and Education, and made just over £100 for our playground appeal.

Cabinet members and City Hall workers raved about the quality of the cakes so thanks all who baked in
support of this event.

Major thumbs up all round.

Support their efforts here - Thank you

We smashed it! Well done all!

The generous Match Funders were so impressed that "in recognition of [our] tremendous efforts" they doubled the whole lot, and gift aided it thereby adding a further £9,281 into our playground pot. They said "We hope this has made a difference ... we were very touched by the enthusiasm and effort made by the pupils and parents"

Huge, massive thanks to everyone involved!

See what fundraising fun people got up to here

Thank you to the PTAF for supporting the school playground appeal by facilitating an online fundraising platform. You can donate and fundraise for our appeal online here.

Want to make a direct donation?

send news of your fundraising stories, successes, ideas to colstons70thanniversary@gmail.com

Get your fundraising resources here

Tell us your fundraising news

Report into colstons70thanniversary@gmail.com with news of your fundraising plans and successes so we can support and applaud you!

Look out for fundraising updates in the school newsletter each week.

If you have any enquiries or queries please contact Kate on colstons70thanniversary@gmail.com

In 2015 the school expanded adding a new infants site with fantastic play / outdoor learning area.  The original school building site at Cotham Grove is now home to years 2 and 6. And the playground is a bit run down in comparison to its beautiful early years counterpart down at the Elmgrove site.

With limited core funding that has to be carefully prioritised, the school has been working on launching a fundraising appeal to realise its playground dreams for the 520 children currently on roll, plus others who visit for different reasons and the many more who will flood through the school gates into the foreseeable future.

Further to consultation, a tantalising playground masterplan has ben drawn up voluntarily by parent and designer, Karen Sillence of Dragonfly Gardens. Based on sound educational rationale and community ideas and suggestions, the plans provide children with as much opportunity for natural play in green surrounds as possible. Final touches are being concluded in consultation with staff, children and parents.

It is our 70th anniversary, and if we can raise £70K towards this transformative plan in 2018, we will have covered very nearly, if not all of the project, which overall will probably cost nearer £100,000.

Between school savings, PTAF funds and further donations and pledges from other generous supporters, we have already raised and secured almost half of the funds, IF that is, we rise to the current match fund challenge - on until Easter 2018.

How to support the appeal

Further schemes are being developed too - watch this space:

The Playground Appeal Team made up of school staff, parents and children will be co-ordinating the above activities. And will readily accept further ideas from enthused members of our community including the wider local community and alumni.

For further details and/or to get involved, please contact Kate on colstons70thanniversary@gmail.com

© 2020 Cotham Gardens Primary School.
Our school website, mobile app and podcasts are created using School Jotter, a Webanywhere product. [Administer Site]
We use cookies to provide you with the best experience on our website. Read our Privacy Policy to find out more.